The law protects not only people who belong to traditional, organized religions, such as Buddhism, Christianity, Hinduism, Islam, and Judaism, but also others who have sincerely held religious, ethical or moral beliefs. Religious discrimination can also involve treating someone differently because that person is married to or associated with an individual of a particular religion.

The law forbids discrimination when it comes to any aspect of employment, including hiring, firing, pay, job assignments, promotions, layoff, training, fringe benefits, and any other term or condition of employment. Harassment can include, for example, offensive remarks about a person's religious beliefs or practices.

Although the law doesn't prohibit simple teasing, offhand comments, or isolated incidents that aren't very serious, harassment is illegal when it is so frequent or severe that it creates a hostile or offensive work environment or when it results in an adverse employment decision such as the victim being fired or demoted. The harasser can be the victim's supervisor, a supervisor in another area, a co-worker, or someone who is not an employee of the employer, such as a client or customer.

Title VII also prohibits workplace or job segregation based on religion including religious garb and grooming practices , such as assigning an employee to a non-customer contact position because of actual or feared customer preference.


The law requires an employer or other covered entity to reasonably accommodate an employee's religious beliefs or practices, unless doing so would cause more than a minimal burden on the operations of the employer's business. This means an employer may be required to make reasonable adjustments to the work environment that will allow an employee to practice his or her religion.

Let's end the hate Posted Nov Manwar Ali Inside the mind of a former radical jihadist Posted Oct Exclusive articles about Religion. Are we living in a post-truth era? Why — and how — we must unite to confront religious violence now We can do so with careful planning, recovering the ideals of compassion, peace and equity, and standing together in the face of hate, says Rabbi Lord Jonathan Sacks. Life, down Putting silence under the microscope Inspired by a book on silence, a director set out to explore and capture its many manifestations on film.

Not to be confused with the British magazine On Religion magazine. 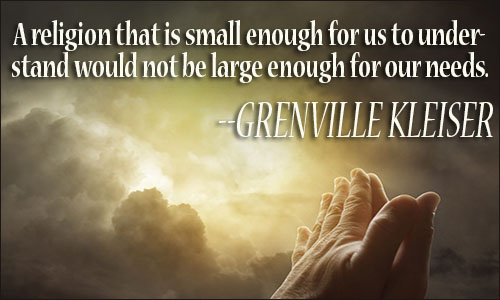