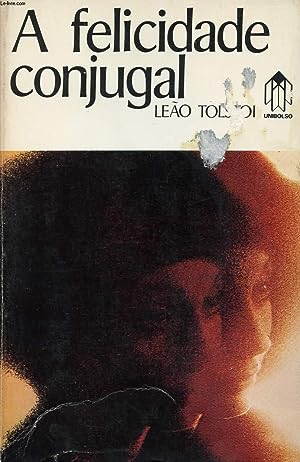 Highly recommended. Marcelo Froes, a music historian and 'zine writer who has specialized in the jovem guarda movement, has also recently done some astounding reissue work for several of Brazil's major labels. Cool resource! In fact, these guys already have! Concise, conversational, informative and very well laid out, this is an exceptionally readable book.

Chapters on samba, bossa nova, tropicalia, forro and jazz include focused biographical sketches of dozens of key artists, as well as succinct historical information about the progress of Brazilian music from its European and African folk roots into its bewildering and often beautiful modern offshoots. The book's focus is nonpartisan: although there is plenty of room for aesthetic criticism within the various styles, the authors generally hold their preferences and dislikes to themselves. They do, however, give readers a good sense of which recordings might be best to check out -- an invaluable service considering how little of Brazil's vast musical output makes it to the United States.

Highly recommended! Certainly the best English-language guide to Brazilian pop that you will find, great for casual listeners and hardcore fans alike. Murphy Oxford University Press, Perrone University of Texas Press, This book has everything that my Brazilian music website lacks: subtlety, authority, actual scholarship, a serious, reverential tone and -- above all -- an intimate knowledge and understanding of Brazilian literary and political culture, and of how the Portuguese language itself and its poetic traditions fed into the growth of Brazilian popular song.

It's a dense, intensive academic investigation of the work of several top musicians, with translations and analyses of songs by Chico Buarque, Gilberto Gil, Milton Nascimento, Caetano Veloso and other key MPB songwriters. I haven't quite finished it yet, but the book offers some great insights into both the creative process and the sociopolitical backdrop in which MPB and tropicalia came to life. Currently out of print, but definitely worth searching for.

Perrone and Christopher Dunn University Press of Florida, A must-read for anyone looking for a deeper understanding of the cultural forces shaping Brazilian music. Various contributors tackle the complexities of selling hybridized "world" music in a voracious, globalized world economy, and examine the ongoing stylistic, philosophical and generational tensions between different groups in Brazilian popular music.

Particular emphasis is given to the tropicalia scene, including several chapters on Os Mutantes and an excellent essay by Caetano Veloso regarding the mixed meaning of Carmen Miranda's legacy to the '60s generation. Not content to lionize the tropicalistas, the book also demonstrates how the '60s radicals later entered the status quo, and how their lofty superstardom has been rejected or resented by younger Brazilians, who came to see them as a fusty cultural aristocracy.

A bit dense and mildly over-academic at times, but deeply fascinating and insightful, this is an invaluable resource for understanding the history of Brazilian pop, and for examining the metamorphoses of "local" music in a global market. The introductory chapters are a little slow-going, as Roberts twists and gyrates to avoid anticipated critical jabs. His qualifications and defensiveness may make sense to enthnomusicological insiders, but to the average reader, they seem fairly unnecessary, or at least a bit hard to follow.

After that, though, the book picks up steam and is quite captivating. The main point of contention is the fascinating and convincing idea that Latin American influences were every bit as present at the inception of American jazz music as were African ones. In Roberts' world, the term "latin jazz" isn't exactly redundant, but it is misleading: Latin Jazz didn't spring forth in the 'Forties and 'Fifties out of whole cloth. Rather, Latin American influences on North American musicians can be found as far back as the Antebellum period, and are present at all the major junctures of jazz history.

In addition to combing through historical records such as newspapers, journals, and the records sheet music publishers , Roberts offers a clear critical narrative of the cross-pollination of Latin American dance music and Afro-European jazz. He touches on the major trends and significant collaborations of the last years: ragtime, the tango, the rumba, the thunderous New York "CuBop" scene of the s, and of course the bossa nova craze of the s, and the gradual formalization of "Latin Jazz" as a genre.

Along the way he sheds some light on famous artists such as Machito, Dizzy Gillespie and Tito Puente, as well as dimly-remembered pioneers like Antonio Machin, Don Azpiazu and gives favorable nods towards big banders who "got" the drift of the oncoming tide of Latin American crossover. Along with Sue Steward's Musica! This book is densely written, super-intellectual, and even a bit arid, but also a charming and down-to-earth account of the "heroic years" of the tropicalia movement. Veloso gives an intimate, immensely informative account of Brazilian music, from the pre-bossa "radio singers" he grew up with to the intense ideological rivalries between the hippie-ish tropicalia artists and the left-wing party-liners of the bossa nova crowd.

The book is also a memoir of life under the Brazilian military dictatorship which took power in , eventually sending Veloso and Gil and countless other artists into political exile, while attempting to censor their work and silence their voices. Texte en portugais.


Very Good paperback with some age discoloration to the page block. Published by Minerva About this Item: Minerva, Text is in Portuguese. Pages are tight and clean. Light shelfwear to the cover. Corners are rounded.

Complete in 4 volumes, Tolstoy's "War and Peace" in Spanish, no publishing date but fairly recent, this beautiful set is bound in bright red leatherette with gold decoration and ribbon bookmarks, all four books are in excellent condition with no remarkable flaws, a great read and looks great on the shelf, please note that the text is in Spanish. Published by Editorial Sul From: AdLib[[er]] Lisboa, Portugal. About this Item: Editorial Sul, Capa dura.